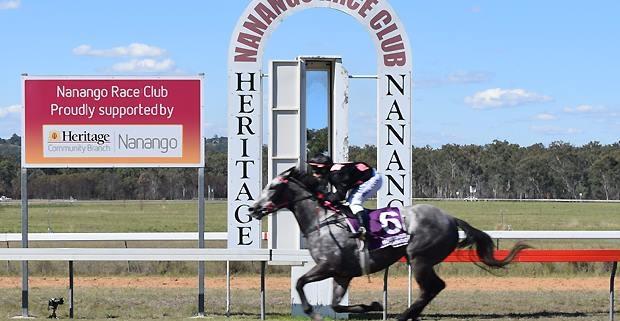 Did you know that horse racing in the South Burnett dates back to early 1850.

Pastoral stations of Taabinga, Tarong and Nanango had their own tracks and breeding programs. The first reported race meeting was held at Nanango Station on Boxing Day 1859.

Now we know the Melbourne Cup is a two mile race. Well the Nanango Cup (formally known as the Nanango Plate) was a three mile race. Yes you read right three miles! That’s three times around the current day track. The winner of the first Nanango Cup was Pat McCallum on his horse Pilgram. Unlike the millions of dollars todays’ jockeys and trainers get, pat received a winner’s cheque of £40. Which was worth a year’s pay!

For those wondering, racing began in Wondai around 1907 and were put on hold during WW1 and WW2. In 1958 the South Burnett Race Club was formed in Wondai with the first race meeting held on 4th April 1959. Racing in Wondai continues today with three races held each year.

Sadly Kingaroy’s racing history was a short one – just like the height of a jockey. Races were conducted at the Kingaroy showgrounds for various beneficiaries including the School of Arts. Racing in Kingaroy finishes before the Second World War.

Kumbia Races began in 1922 with intervals during war years and between 1953-1956. Racing began in earnest from 1956 to present day. Would you believe that there used to be eight race meets a year. Now there is only one held on Melbourne Cup day earning Kumbia the title of “The Flemington of the Bush”.

What about Blackbutt? Well there were races held up and down the Brisbane Valley and the Brisbane River Valley Blackbutt “Timbertown” Picnic Race Club Inc. is still an active and registered group, but haven’t held races for many years.

Who can forget about the legendary Burrandowan Picnic races, which have been held since 1922. Back in the day soldier settlers would gather together and the tradition still continues today, with the races held in May of each year.

This SUNDAY 4th December, the Nanango Race Club will be holding it’s last race meet for the year. Will this become a new trend? Some places in Australia have races everyday of the week! Time will tell as racing meanders through the 21st Century. So if you’re looking for a break from Christmas shopping grab some friends, throw on your glad rags and head to the Nanango Racecourse.

The Best of Horses on the Best of Country Courses! 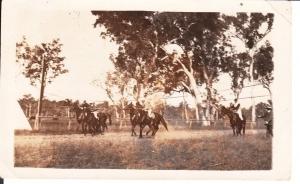 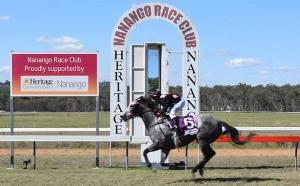 Wake Up in Wine Country

Nuts over Bunya Nuts
Your Bookmarks