Tipperary Flat, situated at the southern entrance to Nanango adjacent to Lions Park and the BP Service Station, is a well equipped picnic area featuring a walking trail leading visitors around the historic displays with informative interpretive signs provided.

In early days, Tipperary Flat was used for sports days and get-togethers with other families who lived close by and the name originated from the first settlers who came from Ireland. A walking track extends to the Tarong turnoff past ‘Hannibal’, the first Tarong Coal Dragline Bucket, and has become a popular pastime for residents, visitors and pets.

Adjacent to Tipperary Flat is an existing stand of Bunya Trees, a special icon of the natural and cultural heritage of the South Burnett, which acknowledge the original inhabitants.

Tipperary Flat is an informative rest stop on your journey through the South Burnett.

The Link Trailin Sports and Recreation Facilities / by South Burnett On Ya Bike! And Find Your Freedom on the Country Roads of Nanango.

Whether you’re a cruisy Sunday rider, an E-biker or a serious strava cyclist, you’ll find a sense of freedom along the quiet, picturesque back roads of the Nanango area. You can take your time or make your best time on gravel roads that meander through eucalypt and pine forests filled with birds and wildlife. There are stories from the area’s pioneering and gold mining heritage, a creek and a waterfall (when it rains), sweeping valley views and some great coffee spots along the way.

The Nanango Link Trail was built between Yarraman and Nanango along an old stock route once used by local pastoralists to herd cattle to the Yarraman railhead. It joins the Brisbane Valley Rail Trail with the South Burnett Rail Trail to create a total distance of 305km.

To add a little extra to your experience, you can also try The Greenwood Creek Circuit Ride and the East Nanango Circuit Ride.

Not many would attempt all these trails in one day! So take your time, make a healthy, outdoorsy weekend of it and enjoy some country hospitality along the way.

Please note that you will need a mountain bike, hybrid or gravel bike for these trails. Pioneer Park is located on the western side of Sandy Creek and beside Drayton Street, and was once called Nanango Park when it was first developed in 1919. This reserve between the Primary School and the Railway Station was used as a memorial to the soldiers of the First World War.

Camphor Laurel and Pepperina Trees were planted on the eastern side of the creek and assigned to the school to care for them. Due to lack of public interest, this reserve was returned to its original state when the fences and trees were broken down and cattle were allowed to graze on the land.

Pioneer Park came into being in 1978 when Joe Anderson became deeply involved with the concept. It wasn’t until 1982 when the Nanango Rural Youth Club installed picnic tables and a barbecue. Development continued over the years. However, the old curved railway bridge across Sandy Creek and railway station still remain to remind us of what once used to be. It is a bird watcher’s delight with a variety of species to be found including the Yellow-Faced Honeyeater, Australian Darter, Varied Sittella, Nankeen Night Heron, and Little Black and Little Pied Cormorant. Lions Park is a lovely stop just off the D’Aguilar Highway, on the south side of the township of Nanango.
Facilities include toilets, a barbecue, a playground for the kids, shelter and tables. This park is alongside Tipperary Flat, which is a tribute to the Pioneer Days. The Peanut Wagon is also located nearby. The South Burnett Energy Centre reflects the past, the people and the energy technology that
developed the region and continues to mould our future. The visually exciting displays are located in a building formerly owned by Tarong Coal and incorporate a number of time lines and interactive displays as well as the original engines that supplied energy to Nanango for the first time in 1933.

Come along to experience and discover the history of power generation in the South Burnett…
1. Power up your very own virtual power station
2. Peddle a bike to generate all forms of energy with the ultimate result of a “gobstopper”
3. Ponder over the original working motors which provided the first reticulated power to Nanango in 1933 Located in Henry Street, Nanango, this attractive park, Reg McCallum Park, is named after the Mayor of the Nanango Shire, Reg McCallum, who has been the Mayor for over 25 years. The facilities include public toilets with wheelchair access, parenting rooms, free showers, playground, tables and chairs.

The South Burnett Visitor Information Centre – Nanango can also be found across the road, which provides services that include:- the Tarong Power Display, information on attractions, accommodation and businesses, as well as offering history research, a range of souvenirs and other goods. The Nanango Star Motel is a 12 room modern country motel situated right in the heart of Nanango . They are situated within walking distance to all amenities.

They are a motel that prides itself on being the best motel at the most reasonable price anywhere.

Their motto is come as a guest leave as a friend.

in Wineries / by Stacey Perrett

Open by appointment only

in Bed and Breakfast / by Stacey Perrett 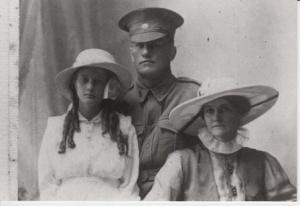 South Burnett Wine and Food in the Park Festival

The South Burnett Wine and Food in the Park Festival is on again this Saturday 11th March at Memorial Park, Kingaroy.

This is the festival’s 18th year and is a great way of showcases the best of South Burnett wine and food. The event starts at 12 noon and runs till 8:30pm and will have eight hours of live entertainment including street performers and top music acts.

Kevin Liepins a freelance writer has wrote a great article for Weekend Notes on the festival. CLICK HERE to read. 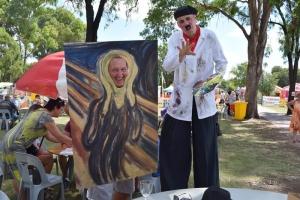 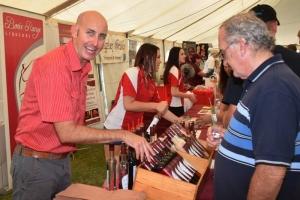 in Fast Food / by its-zoik

Open 7 days Mon to Thurs 10:30am to 8pm Sat & Sun 9am to 8pm Breakfast, fast food, Country Fried Chicken Takeaway or Outside dining