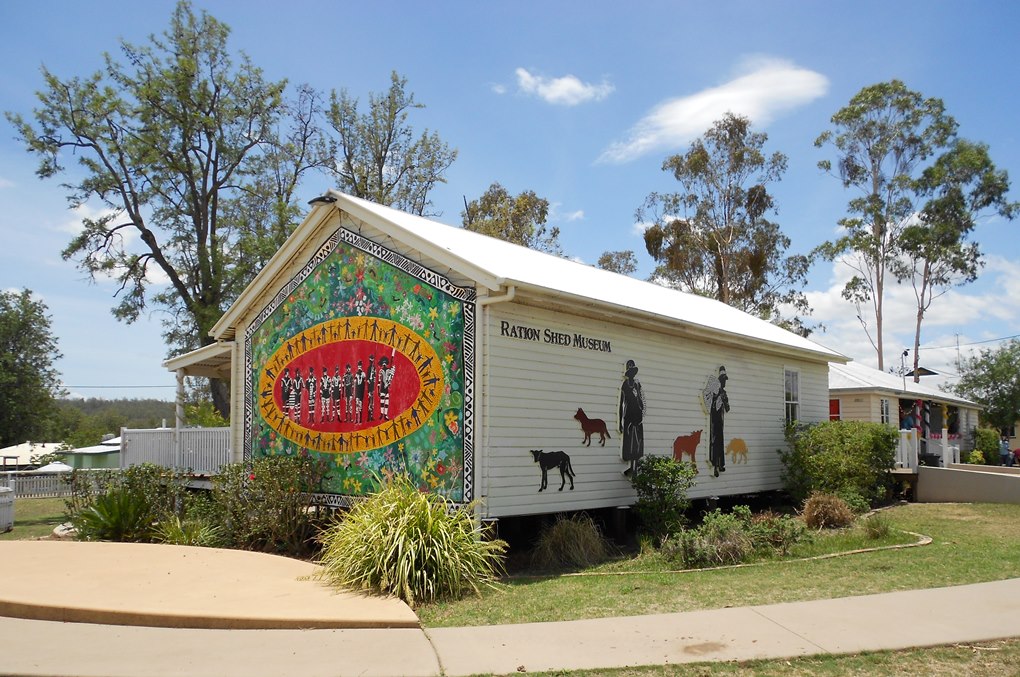 Cherbourg is an Aboriginal community located off the Bunya Highway approximately 250 kilometres north west of Brisbane…a few kilometres from Murgon on the Goomeri Road.

Cherbourg is within Wakka Wakka tribal boundaries and bordering onto Gubbi Gubbi (Kabi Kabi) territory to the east. The population is approximately 2000, however, as a result of the relocation of indigenous people under past government policies, residents of Cherbourg have connections to many other tribal groups throughout Queensland.

The Cherbourg Aboriginal Community is located 4.8 km from Murgon and was established in 1904. This community played an important role in the development of the Barambah region. Cherbourg came into existence when the Queensland State Government of the times forced Aborigines from 21 different groups to live together in the settlement, including the remnants of the decimated Fraser Island tribe.

Cherbourg is run by the Cherbourg Aboriginal Shire Council which is made up of respected elders elected from the Community.

The Ration Shed Museum is adding more projects and improvements to the complex. They are running the HIPPY project there (Home Interaction Program for Parents and Youngsters) and the Many Threads group (a craft initiative).

PreviousNext
1234
Maps were disabled by the visitor on this site. Click to open the map in a new window.
Your Bookmarks